My wife and I just got back from a week-long vacation in picturesque Scandinavia. To be honest, it was not one of the destinations either of us ever had on our list of places to list, especially during the time of the year when it’s still too cold out to wear anything less than 3–4 layers of clothing.

We made the trip courtesy of Volvo cars and their Overseas Delivery Program (OSD). It’s one of a handful of European automotive promotions that combine the purchase of a new vehicle, in the US or Canada, with a trip to Europe (for free!), where the buyers get to pick up their cars directly from the factory and then drive it around the continent before having it shipped back home. The circumstances for these programs are unique enough — e.g., needing a new car, willing to pay for a luxury vehicle, wanting to go to Europe for a vacation — that most don’t even know they exist.

That said, we had a great time, and here’s a recap of our fantastic experience.

In Search of a Bigger Car

The motivations for a new car are common enough: our family is growing, and I’ve been driving a decade-old Corolla that’ll be troublesome with multiple car seats or rides longer than 15 minutes. We needed a people-mover, ideally one that can carry both the full family plus one set of grandparents1. And since I wasn’t willing to drive a minivan, this had meant that we were looking strictly at large2 crossover SUVs, specifically ones with usable third-row seats.

It turns out that the requirement for reasonably-sized third-row seats really pares down the list of potential cars. In fact, I had narrowed it down to 3 possibilities, and had filled out my own spreadsheet to try to decide on the purchase. I ended up choosing the newly redesigned Volvo XC90, which won me3 over with its safety and clean interior design. The option to pick the car up overseas was just icing on the cake.

Hammering out the Details

Once I decided on the car, it was just a matter of pricing out the configuration and doing the paperwork at the dealership. This is one of the quirks of car manufacturing industry and its historical relationship with automotive dealerships; despite the fact that the car and the trip are handled by Volvo HQ in Sweden, we were required to go through a local Volvo dealership. Strangely enough, even the pricing for the car is standardized, with no room for negotiation as opposed to normal dealership purchases.

In our case, focusing on the standard pricing worked out fine, as the XC90 was selling as fast as Volvo was making them anyway and getting one for less than MSRP was unrealistic. It turned out that buying the car with OSD pricing was actually slightly cheaper than the MSRP prices in the United States, plus they waive the $1000 destination charge when ordering through the OSD program. And since they’re building the car from scratch from the factory anyway, we got to add custom options instead of depending on what the dealership had available on their lot, and there were a handful of options which weren’t available in the US.

Of course, the flip side of this process is that there’s no immediate gratification of driving a car off the lot at the end of the day4. In fact, we had to go back a couple of times: to configure the car and send the order, to set up the overseas trip and those details, and to finalize the payment plan and maintenance plan details. One logistical quirk with the OSD is that they can only accommodate a limited number of buyers at any given time, and there’s also a lead time required between submitting an order and getting it built. All this means that there’s a limited number of slots that can get filled up, particularly around the summer time: both because Scandinavia is warm during the summer, and because that’s when the new model year vehicles get produced.

With the car stuff out of the way, it was just a matter of figuring out where to go and what to do half way around the world. Volvo generously provides two5 free round-trip plane tickets to Sweden (with other European destinations available at an added cost), plus a night in a local hotel, plus transportation to and from the airports and hotel, plus lunch and a factory tour on pick-up day. Along with dealing with all the other little things needed to drive around Europe (insurance, congestion charges, etc.), plus offering deals for self-driving road trips around Europe. They are acting as a concierge and providing the skeleton of an itinerary.

One factor we didn’t consider till late in our planning was the drivability of Europe, specifically around the major cities. As it turns out though, the area around Gothenburg — where Volvo is headquartered — consists of small towns and villages which are at least traversable by big SUVs6. Using the car in cities was still painful in terms of the narrow roads and sparse parking, but the countryside and coastline made for a great driving experience.

Once we had our fun with the car, we dropped it off back at the delivery center in Gothenburg, where within a couple of days it was readied for transport by cargo ship to a port in Los Angeles. Some OSDers are able to plan trips across Europe and drop their cars off at other major cities near seaports, but the next leg of our trip took us to Copenhagen — not a great city for any type of automobile, much less an SUV. Instead, we too advantage of Europe’s robust forms of public transportation and the general walkability of its metropolitan areas.

One of Volvo’s taglines for their OSD program is that you get to return home “with the ultimate souvenir,” and they’re right that a new car is a pretty damned good takeaway from a relaxing vacation. What they don’t say is that this souvenir takes, on average, over a month to make it back on a cargo ship, in addition to whatever other transport time is necessary to get it to the local dealership. It’s one thing to wait while planning for a vacation, but another to have driven a new car for a couple of days only to wait a month till it’s available again. To help with the obsession, the nice people on the Volvo forums have tracked down the cargo ships and routes for car deliveries, which means that I have something to check everyday as the ship makes its agonizingly slow journey towards the North American west coast. 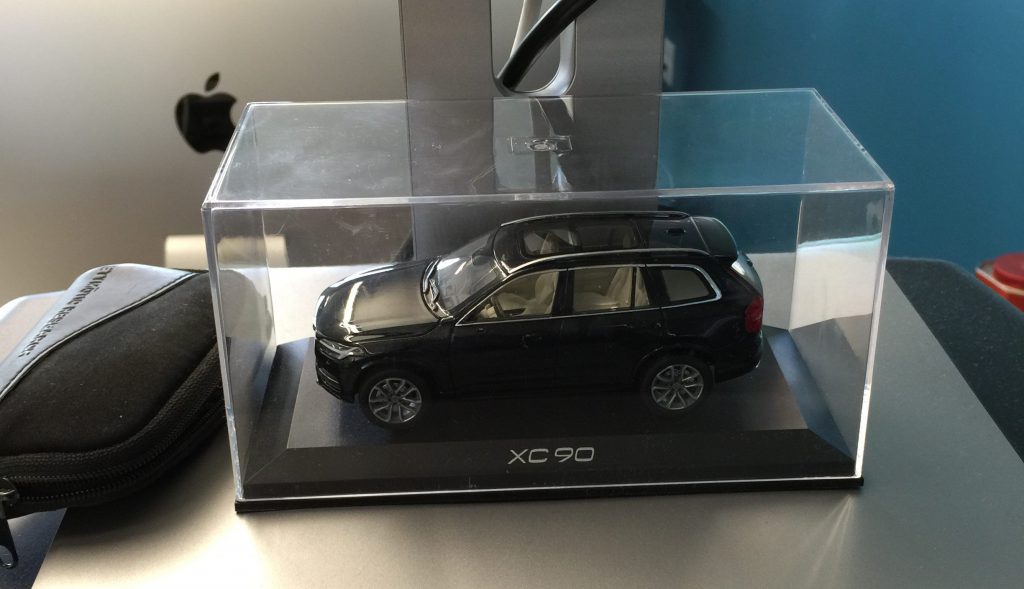 And this is where I am now: a week older since my first-time trip to Sweden, waiting for a slightly used car to float its way over. It was a totally unique experience, and one that I’d seriously consider again if similar circumstances arise in the future.

The Decline of the Cantonese Language

ThoughtsMay 5, 2016
I have a 2-year-old son. He’ll be a second-generation Chinese-American, who — unless our lives completely go sideways for the next two decades — will attend American schools and absorb American culture like any other kid around the neighborhood. My …
END_OF_DOCUMENT_TOKEN_TO_BE_REPLACED
1

The Limits of Fictional World-Building

Places, ThoughtsJanuary 16, 2018
In the first scene of the movie Valerian and the City of a Thousand Planets, there’s a handshake between astronauts—hailing from America and China—as one spaceship docks to a larger space station. Subsequently, as the years roll by, more nationalities …
END_OF_DOCUMENT_TOKEN_TO_BE_REPLACED

Apple Maps and an Issue of Trust

You Don’t Deserve a House in the Bay Area

Places, Housing, SocialAugust 29, 2016
Time to check-in on the Bay Area housing crisis in 2016. … Yep, still as bad as ever. The latest controversy is that, contrary to silly ideas back in 2015 that two working professionals could afford to own a home …
END_OF_DOCUMENT_TOKEN_TO_BE_REPLACED
2