The Many Buttons of GTA5

I’ve been working through the PS4 version of Grand Theft Auto 5 recently. It’s something like the 7th game in the series (after GTA3 added a number of sequels labeled GTA3 but were fully-fledged titles), and at this point the open-city gameplay formula is well-established.
Each successive game builds on the framework established by the previous one:

It’s really the expansion of the variety of activity that really makes GTA5 feel like so much game. That translates to a fairly complicated control scheme to try to deal with all the things that the player can do at any time, full of modal interfaces that are difficult to use. I mean, just look at the controls for just two modes: 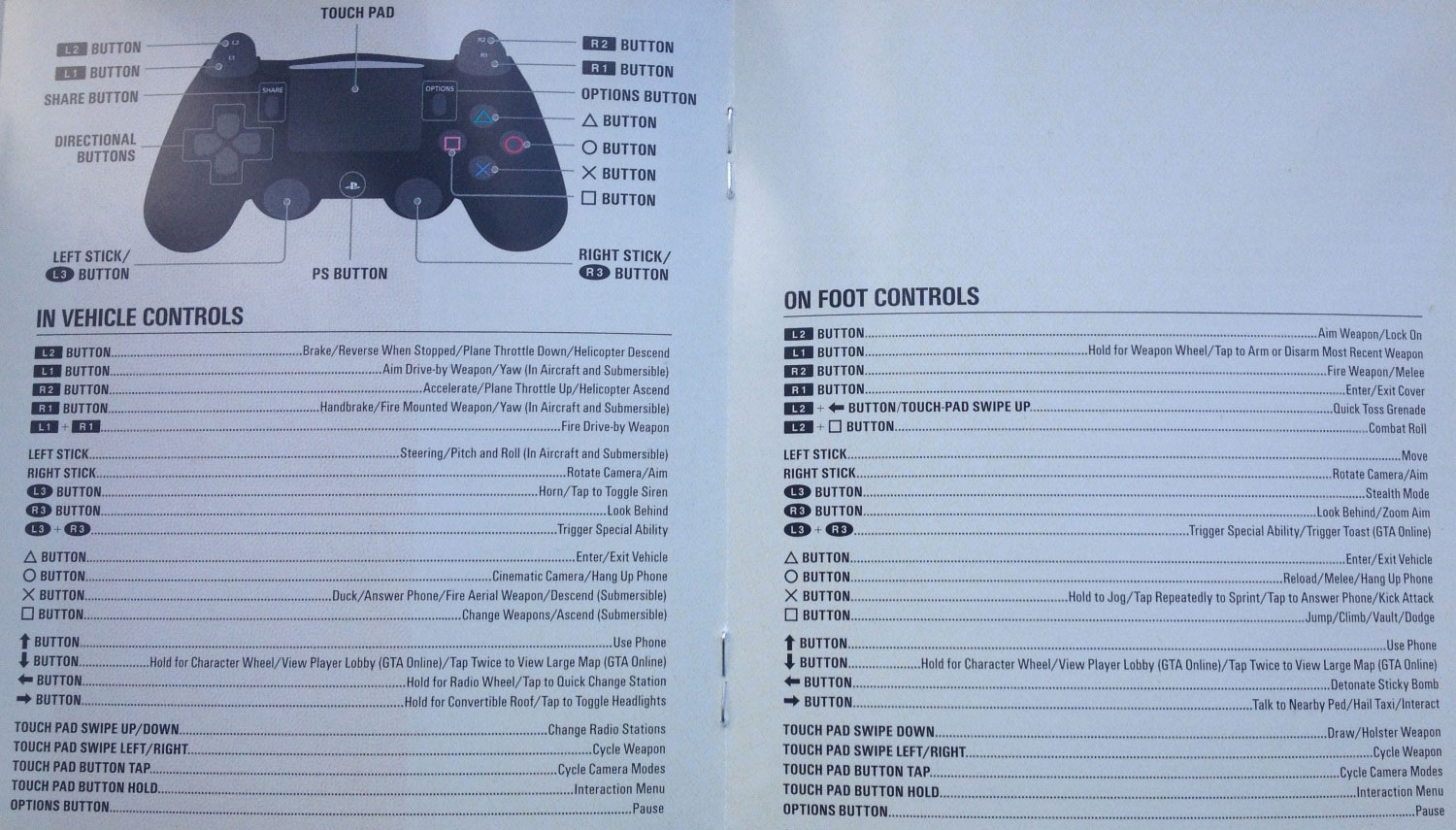 And there are plenty more, from flying to skydiving/parachuting to driving all sorts of vehicles to specific activities like tennis or yoga. I count at least 20 distinct buttons directly used by the game without accounting for the analog controls.
Not that far off from a keyboard.

Hardware, TechnologyApril 22, 2015
What is it about Apple products that have people discussing the most mundane details? How much discussion do watch bands – though admittedly expensive – really warrant? The question is at best rhetorical. Apple is an absolute machine when it …
END_OF_DOCUMENT_TOKEN_TO_BE_REPLACED

Impressions of Virtual Reality in 2018

Games, Hardware, TechnologyJuly 16, 2018
When both the Oculus Rift and HTC Vive VR headsets both launched in 2016, they were supposed to set a new standard for virtual reality: high-resolution displays, motion tracking both the headset and controllers, and software finally good enough to …
END_OF_DOCUMENT_TOKEN_TO_BE_REPLACED

Games, ThoughtsJanuary 25, 2016
I found a fun article a couple of days ago that tries to compare Tetris to life over Chess as the appropriate gaming analog. As a former addict to Tetris DS as well as a founder of my high school’s …
END_OF_DOCUMENT_TOKEN_TO_BE_REPLACED

GamesDecember 1, 2014
I’ve been slogging through My NBA 2k15 on my phone. The game is based on collecting cards to battle other players offline, and its core is identical to that of another game, WWE SuperCard. In fact, they simply reused their …
END_OF_DOCUMENT_TOKEN_TO_BE_REPLACED