Startups are about Passion 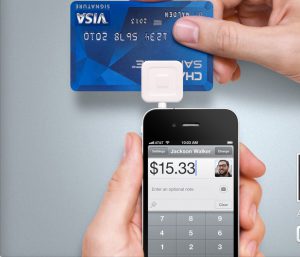 It’s been an exhausting week.
My first week as a software engineer at Square has me collapsing on the couch nightly. Though the first few days are always stressful and daunting – startups especially so – it’s a good kind of exhaustion, like at the end of a good workout.
So yes, I’ve left Google, despite garnering five minutes of fame with my previous posts on interviewing at Google. Not dwelling on the particularities my resignation{{1}}, I still feel like Google is an awesome place to work, working on ideas and projects most other companies wouldn’t even attempt. Simply put, Square was just too good of an opportunity.
And this week, Square has made me realize what a startup should be about: passion.
[[1]]Plus, it’s not like there isn’t already a number of testimonies from ex-Googlers (Xooglers) on their reasoning and experience.[[1]]
Switching gears from a large company like Google to Square is a pretty big change. I thought I was ready (given my previous experience with startups), but my experience with Square is still overwhelming. Sure, a part of it comes with a new job, having to learn a new system and processes, and in my case a new language and framework on top. While I’m at it, waking up an hour or two earlier makes for a lot of caffeine consumption.
Beyond the increased pace and rigors of learning an entirely new set of best practices though, there’s an exciting and genuine vibe about Square; my new colleagues believe in the quality of the product and the company vision. Sure, most engineers clamor for an opportunity to make a huge impact with their work, but that level of impact takes on new significance when the company and its products can disrupt the market. Contrast this with being one of the first employees at another Facebook gaming or deals startup, and how these companies sell themselves to new hires.
Startups aren’t about having video games in the corner and retrofitting an abandoned warehouse into an office with its exposed bricks and unused piping; we’re ultimately spending our time building something significant, with a belief our work will make a major, positive impact. When the hours stretch on and the code becomes a monospaced blur, there has to be more than the hope for a big payday and unlimited soda to keep ourselves motivated. That fuel should be passion.
It’s of course easy to say this when Square is doing well and has a grand vision, and admittedly my testimony here is biased and colored by new job enthusiasm{{2}}. But, even in my very short time as an employee, I was fortunate enough to get a glimpse of this passion – from the executives down to the newest employees (well, other than me anyway) – that a company like Square needs to succeed. So many of today’s startups that have captured media attention and VC capital follow the same blueprint and dared to dream to change the world.
So if you’re spending your waking hours getting your startup off the ground or considering working for one, make sure that your the passion is there. It will not guarantee success, but not having it will limit your potential, and your time is worth more than that.
If my fanboyish praise for Square has perked your interest, we’re hiring! Also feel free to contact me directly{{3}}.
[[2]]I’ll also admit that I haven’t been at Square long enough to have a chance to feel burned out.[[2]]
[[3]]This is the first time I’ve plugged a company for hiring, that’s how strong I feel about Square and what we’re looking to accomplish.[[3]]

Engineering, Management, WorkAugust 25, 2014
Software engineers. Most of the time, we’re docile and content and easy to please. We write software for big enterprises and tiny startups alike, create our own startups once in a while, and only occasionally pen a blog post on …
END_OF_DOCUMENT_TOKEN_TO_BE_REPLACED

Work, ThoughtsAugust 30, 2021
When the COVID shutdowns began and my kids were forced to learn from home, I noticed that they were enamored with this app that taught them STEM concepts. Specifically, the app featured a bunch of videos and activities focused on …
END_OF_DOCUMENT_TOKEN_TO_BE_REPLACED