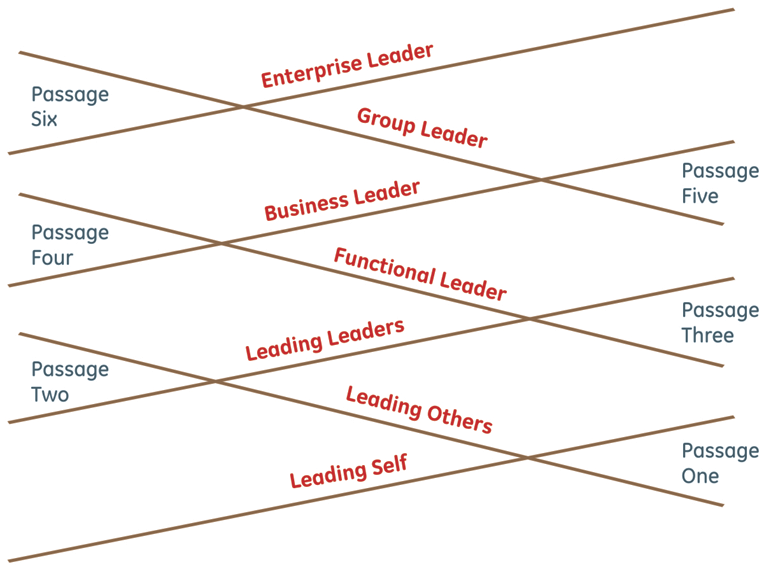 Management books are mostly hit-or-miss for me; I find that a good number of them are products of their eras, of specific trends and technologies and sometimes fads that feel antiquated1. Due to the limited shelf life of most of these books, I end up appreciating the true classics; books and advice which have stood the test of time and reveal something about the nature of humans in the workplace and the modern corporation should continue to be relevant, and that’s worth a read.

The Leadership Pipeline makes a case for itself. Originally published in 2000 and updated in 2011, it’s one of only a handful of resources I’ve found that delineates different levels of management—from line manager up to CEO—while specifying the added responsibilities at each level. The only other book I’ve seen do this well is The Manager’s Path, which recalls the author’s own career trajectory from IC to CTO and each job promotion along the way. That said, I intrinsically give additional credence to The Leadership Pipeline due to its broader applicability.

The book identifies 6 levels of management:

These different levels present steps on a grander career ladder focused on management. The pipeline aspect, then, gets to the notion of coaching and training high-potential employees at each role in preparation for the next one, with the expectation that they master both their current job the one they want to successfully move through this pipeline. It’s a different metaphor that recounts the similar concept of descriptive promotions.

While I found the in-depth job descriptions and set of responsibilities largely valuable, I had a harder time mapping out the rest of the book as it applies to tech companies and especially startups. The final 2 levels, for instance, don’t seem as relevant unless the company is already scaled out to a Fortune 500-level firm, and the conglomerate-nature of multiple business lines invokes a bygone era of best practices. Oddly enough, the authors’ update in 2011 didn’t bother revising a few bullet points on how managers need to think about the impeding threat of e-commerce.

Additionally, by the waning chapters of the book, it goes into a “apply our pipeline model” sell mode that became off-putting, falling into the self-help-book-leading-to-consulting trope that I find distasteful. Some of the latter stages of advice don’t even make sense; The Leadership Pipeline goes out of its way to criticize how the 9-box model of performance evaluation doesn’t work for management, but their solution is to replace the standard labels with their own terms, then claim that their version is somehow much clearer.

Despite these misgivings, I still took away something useful from The Leadership Pipeline. The levels of leadership it defines is useful to understand, both as a calibration exercise but also to better contextualize my observations of yet more senior leaders.