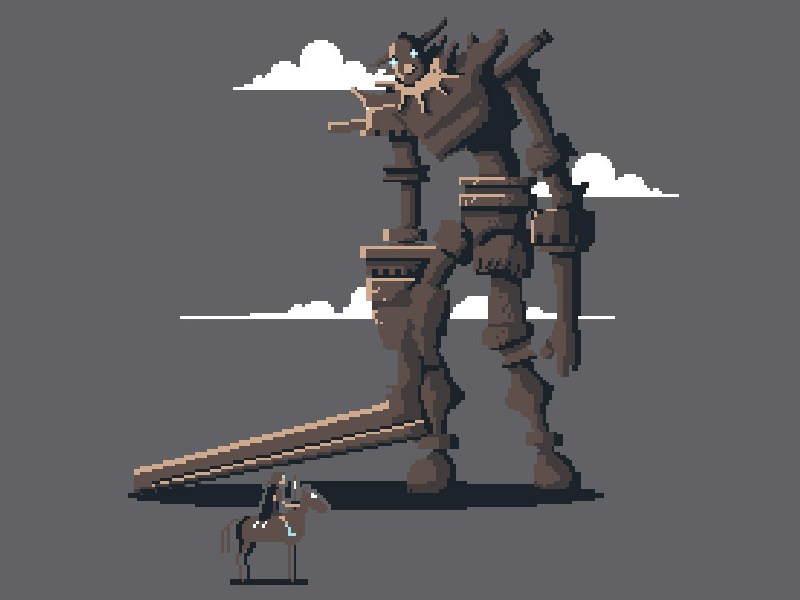 Shadow of the Colossus was a PlayStation 2 game released in 2005 about a hero tasked with the seemingly impossible mission of defeating giant colossi, in order to revive a comatose companion. It was a one-of-a-kind game, themed so strongly around its atmosphere and isolated giants that there were no other enemies outside of these bosses. A fan-favorite and critical hit, there have been no games before or since that follow Shadow’s focus on boss battles1.

I just finished a book by the same name. Shadow of the Colossus is one of the volumes in a series called Boss Fight Books, written by gamers as they replay classics of yesteryear. Normally, this post would be a book review, but after going through its 150-odd pages, I realized there’s not much more to add. It recounts the entire story of Shadow in detail, interspersing a playthrough of the game with the author’s own video game experiences, plus a few asides that add internet or developer interview content. It reads more like a diary than a book, and while that provides a unique perspective in the domain of video game literature, I’m unconvinced of its stylistic value in book form.

So instead, I’ll reminiscence on Shadow‘s awesomeness.

Shadow is one of only a handful of games my wife can actually remember watching me play when we first met in college ago. The game has a presence that’s hard to fully nail down; the sense of isolation and melancholy, the difference in size and movement and motivations between the protagonist and his antagonistic colossi make a strong impression. The gameplay bounces between periods of tranquility traveling near-empty lands, only to spike into intense battle2 upon discovering the lairs of the colossi. And since every boss is different, the scope and wonder and contrast of each fight layers itself upon past experiences. The cliche—addition by subtraction—is wonderfully appropriate.

And much of the praise should go to the giant colossi themselves. They are the main reason the game feels so epic, and while giant bosses have been used in other games to great effect, Shadow’s design shows through its creature variety, coupled with diverse behaviorial AI. That’s a hard balance to strike: more humanoid and human-sized characters would make gameplay and animations much easier, but these giants have a heft and weight—plus a thoughtfully designed set of weak points—that can make them resemble landscape. Indeed, the most thrilling parts of the game involve your hero clinging onto a moving skyscraper, hanging on for life as it tries to shake off a pest that is looking to end its own.

In any case, Shadow of the Colossus is a classic of modern gaming, one that can still generate headlines over a decade later. It’s been re-released once already, and is getting another remaster on the PS4 next year. Sure, it’s a plain money grab to sell the same game over and over again, but in Shadow’s case, it’s worth the attention.