Building on Experience in an Engineering Career

The current Citi logo was first created and presented as a sketch on a napkin. 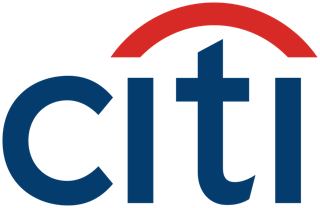 In this case, instead being being just a Know Where Man parable, it was a true story from the design world. The designer, Paula Scher, had more that three decades of experience when she evaluated Citibank’s situation, and her expertise manifested itself in a quick, simple, and elegant solution. In fact, most of the work was subsequently convincing Citi that it wasn’t a joke, and how they would transition into the design.
From a layperson’s standpoint, it feels wrong that someone can somehow charge so much for a service that may take them minutes to complete. It’s akin to ascribing value to staying long hours in the office; study after study have shown the effects to be ineffective over the long term, yet the expectation of butts-in-chair remain for most companies.
Circling back to software engineers, we are a community that prides itself on continuous learning, but the flip side of that ideal is that experience with specific technologies becomes outdated quickly. There may be general software and computer science concepts that remain applicable across decades, but the type of diagnosis and resolution in the aforementioned stories are impossible in modern software development{{1}}.
Without the ability to rely on experience in the same degree as other fields, it distorts the traditional curve for compensation and contributes to the unspoken ageism we whisper about but never fully tackle. It’s also why people management, despite its wholly different skillset requirement, becomes an attractive career path for older engineers: age and experience are better leveraged when it comes to working with people.
To be fair, I’m not sure this is a huge problem in our industry, particularly compared to some of the other systemic biases and inequalities. Since we will all get older, perhaps it will be a situation that will be recognized and solved once it affects a critical mass of folks.
[[1]]The one exception I can think of would involve maintaining legacy systems in frameworks that younger engineers would be less interested to learn.[[1]]

Web DesignMay 22, 2015
This is a remarkable observation about how the evolution of web design has parallels in architecture: The Future of Web Design is Hidden in the History of Architecture It’s not just that the thinking around design is shown to have …
END_OF_DOCUMENT_TOKEN_TO_BE_REPLACED

Not Everyone wants to Work for Equity

WorkOctober 5, 2015
Amidst all the hoopla about iOS9’s content blocking feature and how mobile ad-blocking will ruin journalism forever, I discovered an old article by Marc Andreessen on his optimistic future of news. I was struck by one quote in particular: Unions …
END_OF_DOCUMENT_TOKEN_TO_BE_REPLACED

Working Harder is not a Good Career Strategy

Recounting a 14-Year Career in Software, Part I

Thoughts, WorkFebruary 5, 2018
A couple of months back, someone asked me about my career in software development and the various lessons along the way. I have relayed individual stories in the past, but I never got around to writing it down in full. …
END_OF_DOCUMENT_TOKEN_TO_BE_REPLACED