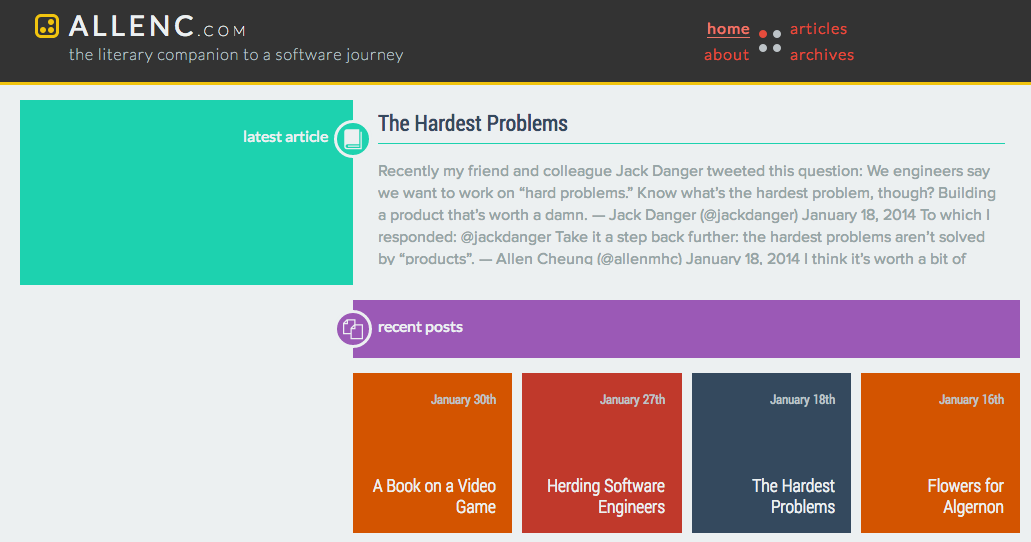 I have a problem.

I get bored/tired of how this blog looks. Given the time I spend every week writing and editing and posting, I overthink how impactful it makes its first (visual) impression. Compounded by the speed of design, my familiarity of front-end web development, and my own lack of design prowess, and the turnover on this blog’s look-and-feel is well within the diminishing returns territory.

Still, I can’t help myself.

Eons ago, blogging was a way to force myself to learn web development. Over the years, however, the usefulness and depth of reimplementing the same site has naturally peaked. The progression was something like:

With this revision, I ended up modifying an existing WordPress theme, the excellent Visual WordPress theme. While I had intended to build something custom and responsive with the Foundation framework as the base, I ran into the irrefutable fact that my visual design skills are just terrible. Above is a screenshot of the theme I was attempting to build, some variation on a basic don’t-call-it-Metro motif, but unfortunately never quite fleshed out.

Visual, on the other hand, is very much fleshed out and cleanly responsive with the same grid layout I was attempting to cobble together. I realized it was much easier to extend and rework from an actual production WordPress theme, than to start one from scratch, since I’m biased against trying to work within WordPress’s conventions and more prone to monkeypatch the source directly. Starting from a working and high-quality theme lets me tweak the specifics as opposed to wrestle with a decade-old codebase.

In any case, the source is on Github[1]:
– My attempt at building a flat, Metro-inspired theme
– My modification of Visual

Back to writing about less self-indulgent topics. 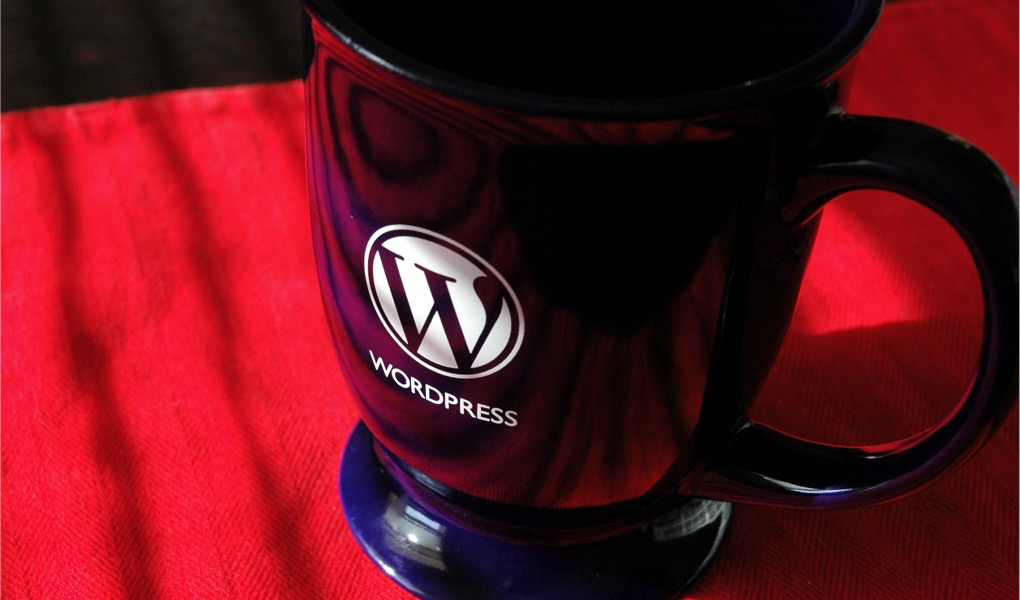 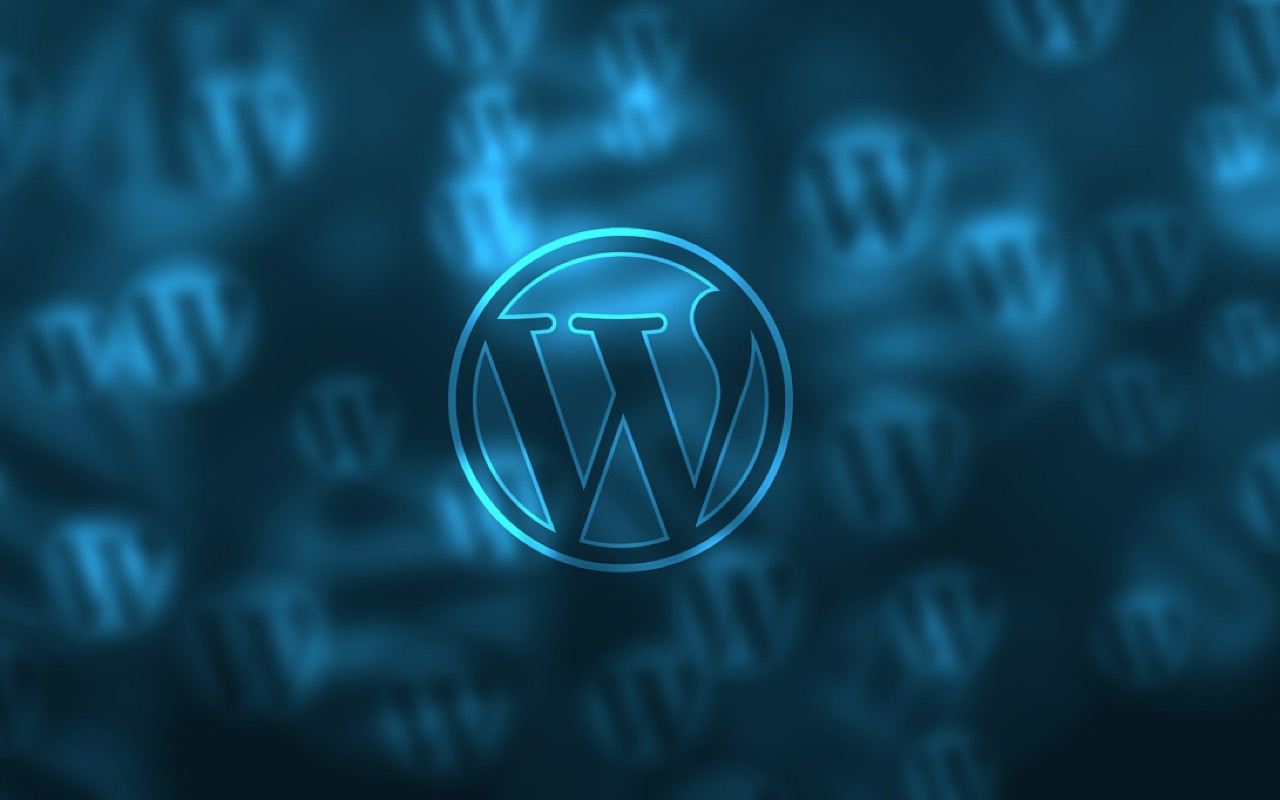